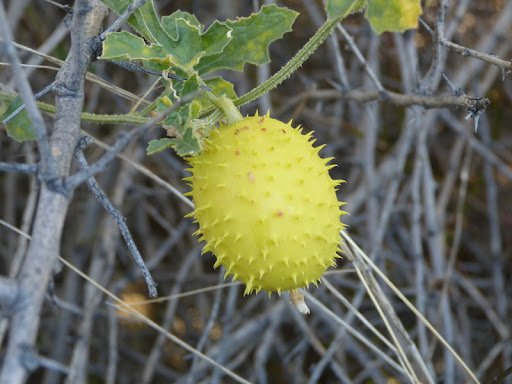 The African cucumis is widely used throughout tropical Africa for numerous ailments. Traditionally, Shangaan, Swazi and Zulu widows have to bath in a decoction of the root before remarrying. Through scientific research we are now able to decode the reasons for this tradition. The African cucumis has anti-parasitical and other properties that clean the widow of parasites and other infectious ailments that she might be carrying from her previous marriage, thereby giving credence to this traditional practice.

Mainly the roots are used for medicinal purposes. Decoctions are made and taken as a tea, applied externally or made into a bath.

This plant is one of the most misunderstood medicinal plants in the world. Although it is considered toxic by the western world, there is a long history of its medicinal use as well as a food source in southern Africa. There has never been a report of any side effects of its tincture. Furthermore, there are numerous cases supporting of its effectiveness in treating cancers, hepatocirrhosis, malaria and viral hepatitis. Its toxicity may be caused by over harvesting, environmental stresses and/or different subspecies.

As an herbal treatment for liver ailments and diseases, the African cucumis offers unparalleled results and benefits and it is therefore recommended for all those who abuse fatty foods and substances of addiction (alcohol, drugs and tobacco).

The pharmacological effects of cucurbitacins best explain the benefits of the African cucumis.

The leaves, fruits and roots of the wild African Cucumis contain cucurbitacins.  Quin, in the first investigation of these plants, extracted an amorphous, bitter-tasting, crude toxin of C. myriocarpus subsp. myriocarpus and C. africanus fruit.  Later, Rimington isolated a bitter substance cucumin (C27H40O9) from ripe fruits of these two species and a closely related compound, leptodermin (C27H38O8) from the ripe fruits of C. myriocarpus subsp. leptodermis.  Cucumins and leptodermin consist mainly of cucurbitacin A together with some impurities and small quantities of cucurbitacin D.

Several of these oxygenated, tetracyclic triterpenes and their glycosides, or Cucurbitacins as they are commonly known, have been isolated from the wild South African species.  For example, cucurbitacin A (C28H40O8) from C. myrocarpus subsp. myrocarpus and subsp. leptodermis, and cucurbitacin B occurs most often of the bitter principles.  The bitter principle content is usually highest in the fruit and roots.  Cucurbitacins are amongst the bitter substances known to man.  The African Cucumis is rich in vitamin C.

Some pharmacological properties of Cucurbitacins: